What is The Branding Of Me?

The goal of this course is for you to help you stand out (differentiate yourself) when interviewing for a job by successfully creating a personal brand for yourself and blasting it all over the place online! We will do this by “branding” you. Your BRAND will have the best chance of being built if it is something that is representative of you: your values, your belief system, your personality, your life ambitions and how you want to be seen by others. 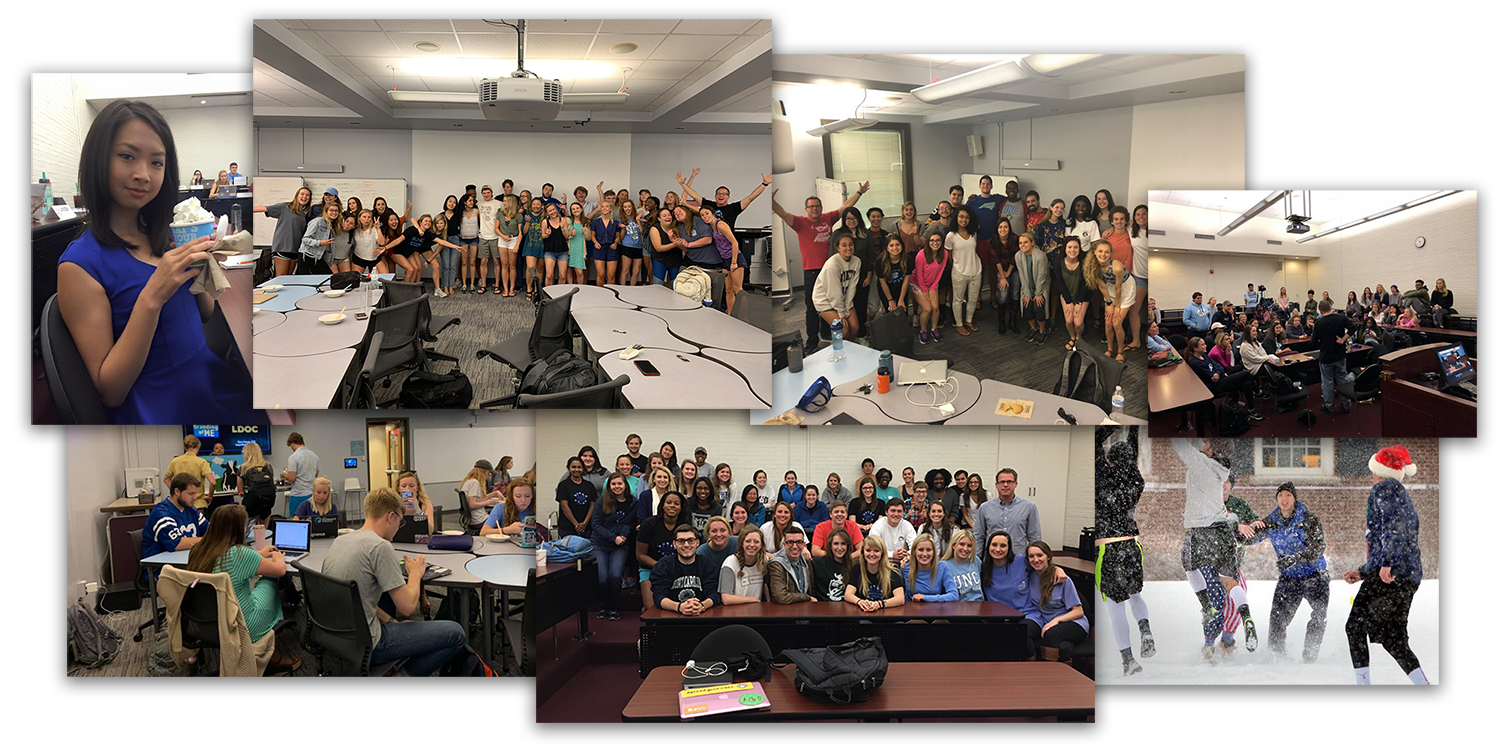 Although this is a short-term project, if you do this the way it should be done (branding the actual “you”), then it will not only be easy to maintain after graduation, but it will be something you WANT to maintain for a very long time. Something that will ALWAYS serve you well personally and professionally.

Gary Kayye has worked in technology, branding and marketing for more than 25 years. He is the founder of rAVe [PUBS], the leading global AV news publication, and director of THE rAVe Agency, a full-service creative agency for the audiovisual industry. His AV industry track record includes serving as vice president of sales and marketing for Extron and executive VP at AMX Corporation, now Harman International. Over the years, Gary has helped create or assist on a number of branding campaigns for dozens of tech companies — for brands like Cisco, NEC, HP, Epson, Sony, Zoom, Vivitek, Barco and the University of North Carolina — and has even served as an expert witness in branding court cases.
A graduate of the UNC Hussman School of Journalism and Media, Gary is now a teaching assistant professor at his alma mater. He teaches multiple courses: new media and its impact on the future of advertising, marketing and PR; a personal and professional branding class; and principles of advertising. Ask him his favorite, and you’ll learn that it’s impossible for him to pick — Gary has some of the brightest students in the country, all genuinely excited by the outside-the-box subject matter of his courses.
Gary has been the keynote speaker at more than 310 technology shows and events — largely thanks to his extensive marketing and branding expertise but also because of his entertaining and approachable speaking style. That means not standing behind a podium while speaking but, rather, asking his attendees to challenge his views during presentations — engaging in a dialogue with them rather than speaking to them. He’s also known to start a presentation with a fun, inspirational video or two.
In 2004, Gary was recognized as AVIXA’s Educator of the Year, and in 2007, he was given the NSCA Instructor of the Year award. In 2016, Gary was given the UNC journalism school’s Adjunct Professor of the Year award. And in 2019, he was recognized as one of DataBird’s 100 Keynote Speakers, right alongside philanthropists, best-selling authors, TEDx speakers and a former FBI special agent.
Outside of his professional accomplishments, Gary is most proud of his involvement in co-founding the Swim for Smiles Foundation — a non-profit based in Chapel Hill, North Carolina, that hosts athletic events for children to raise money for the UNC and Duke children’s hospitals. Since its inception in 2005, the Swim for Smiles Foundation has raised more than $300,000 for local children’s hospitals; in 2011, it was the largest youth triathlon in the country.
Gary has two amazing daughters — one is a collegiate-level swimmer at Pepperdine University, and the other works at an advertising agency in New York City. When he’s not with his daughters, Gary spends his free time traveling, volunteering and racing in triathlons. (He’s done more than 60 — including racing the infamous Escape from Alcatraz in San Francisco, California, five times.)